IGLabs is an application in IGGalaxy that aims to spearhead the mainstream adoption of crypto for gamers. IGLabs is currently in phase one — the ORB generation phase — allowing IGG holders the ability to store their tokens for a fixed period of time to generate ORB tokens. 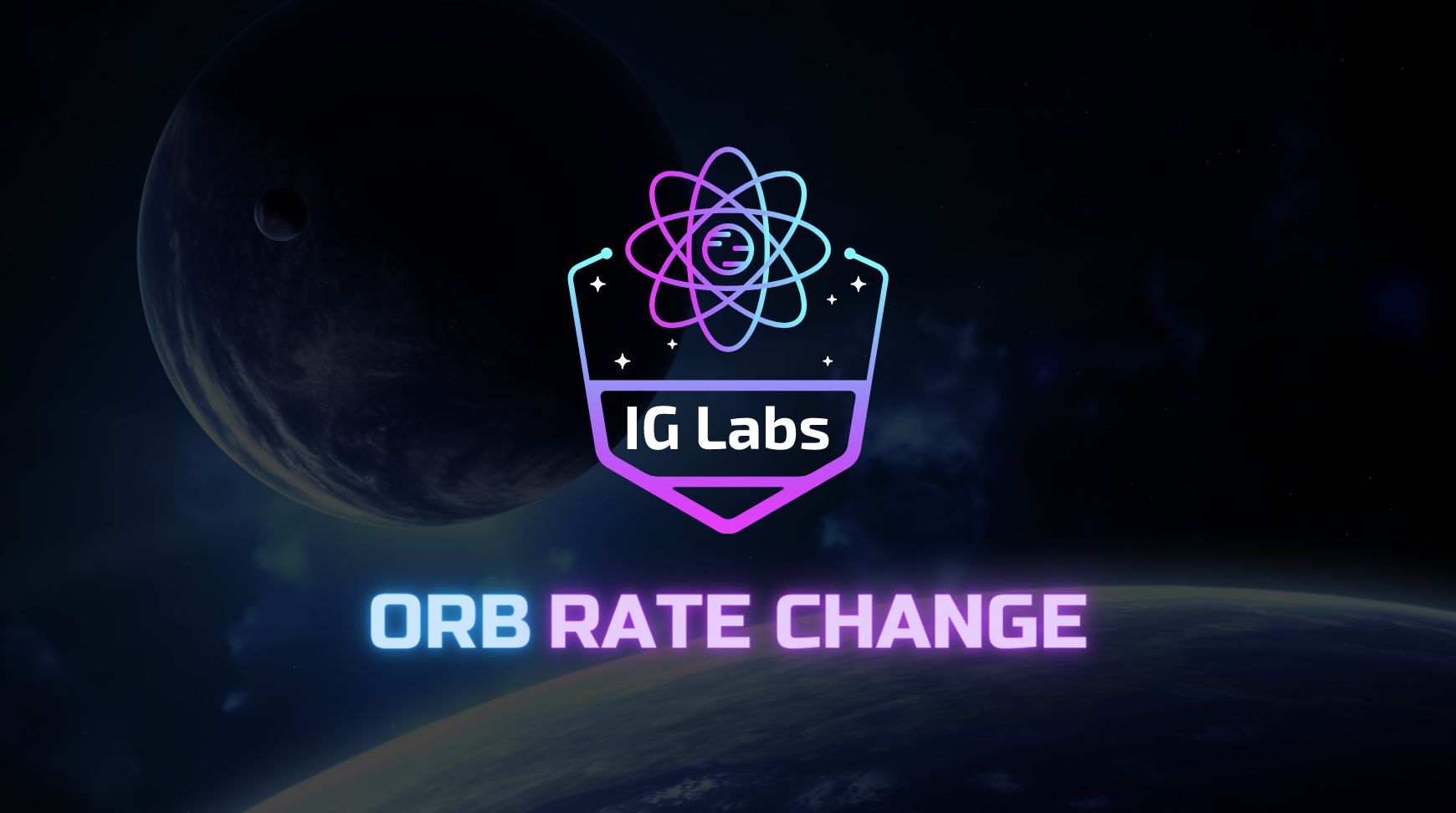 ORB tokens will be the governance token of IGGalaxy and operational token of IGLabs. This IGGalaxy token has a completely fair distribution, with no team/VC reserves, and only enters circulation through IGLabs. Anyone holding at least 100,000 IGG can participate in IGLabs to receive ORB rewards! ORB tokens are a scarce and highly deflationary crypto asset.

In addition, you can always sell your ORB to IGLabs at a fixed rate, which is currently set at 5 IGG per ORB token. 50% of all ORB tokens sold to IGLabs are then burned from the total supply, while the remaining 50% is retained by Intergalactic Gaming Ltd.

*This is the amount of ORB that has currently been burned. The next ORB token burn is scheduled for next month.

The rate of ORB distribution for storing IGG tokens in IGLabs power capsules will be reduced from 29/05/21.

All IGLabs capsules are deployed for 30 days.

The original ORB distribution rate was set to maximise the benefit to our loyal early adopters. As we near the second phase of IGLabs, we anticipate an influx of new gamers and unprecedented growth in our community. With this in mind, we would like to extend the ORB distribution plan to ensure that future Galacticans have the opportunity to produce ORB token through the IGLabs!