It is a pleasure to announce a partnership that is the first of its kind. A partnership bringing together three ambitious, market leading blockchain projects, that will offer a truly unique gaming experience in the play-to-earn arena. 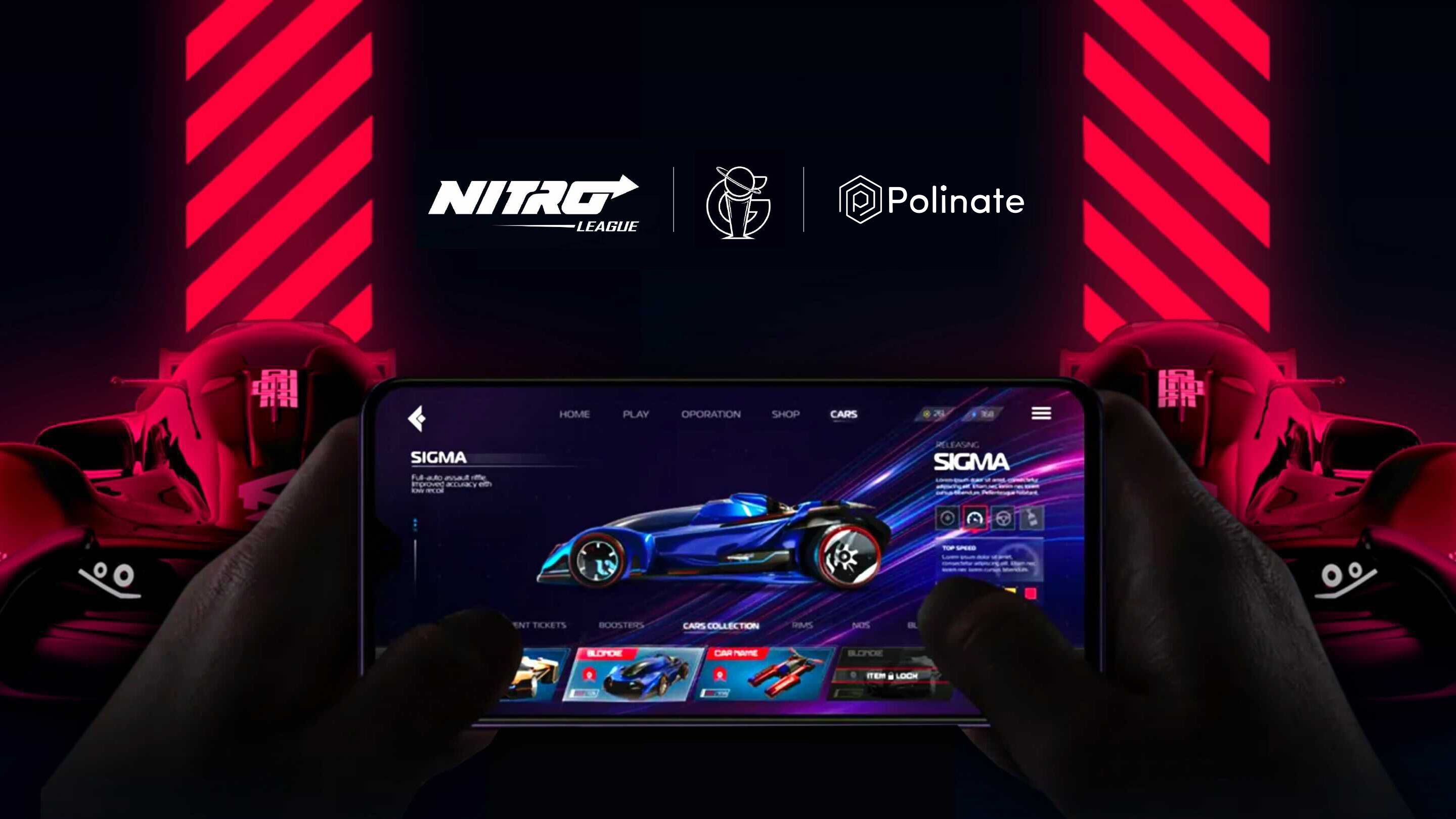 IGGalaxy, the home of play-to-earn tournaments, where participation is championed and rewards are guaranteed.

Polinate, one of the best decentralised crowdfunding platforms available in the market, with a special attention to the gaming sector.

The partnership will enable for competitions organised via the IGGalaxy platform to be launched and run over the Nitro League Metaverse, with results being fed back to the IGGalaxy platform for gamers rewarding. Talking about rewards, gamers will enjoy a double reward system, through which they will gain rewards from both Nitro League (via $NITRO tokens and/or in-game assets) and IGGalaxy (via $IGG tokens).

If that were not enough, Polinate will add all the financial support that competitions and teams/gamers may require. For instance, gamers and teams can use Polinate to raise funds to boost their required equipment and competition expenses. Tournament organisers can use it to create prize pools or cover organisational costs. Sponsors and other participants can use it to raise funds to create customised assets for the competition, such as a new car model or a dedicated racing track. The cost-effectiveness and flexibility of the Polinate platform will cater for all this and much more.

Finally, we will also see strong collaboration and support across the three user communities integrated in this partnership.

Our partnership begins by offering IGGalaxy users the opportunity to test the Nitro League game before its initial release at the end of Q1 2022. Those within the IGGalaxy community who form these testing groups will be offered exclusive access to later Nitro League tournaments with extensive prize pools. These prize pools will be generated on Polinate, appealing to existing crypto projects, giving them the opportunity to contribute and promote themselves to the IGGalaxy and Nitro League community.

Upon completion of user testing, we will be announcing our first Nitro League tournaments. These initial tournaments will be in a knock-out style format, with solo or one-on-one racing and will give users the opportunity to up-skill and scout out potential future teammates. We look to distribute NFTs across participants.

The 2nd stage of our partnership will start with multiplayer races on Nitro League, giving the newly established teams the opportunity to race each other. This is the next phase of development for Nitro League and we will celebrate this functionality release by putting together a one of a kind tournament. Working with Polinate, we will equip at least two teams with all of the resources they need for an exciting and competitive tournament. Gamers who form these teams will be selected both from the IGG and Nitro League communities.

Phase 3 – the sky is the limit

The third and final phase of this partnership is opening up this phenomenal opportunity for gamers, teams, brands and other participants to organise large events and tournaments, and/or invest in in-game assets. The potential opportunities here are limitless.

A Beginner's Guide to IGGalaxy Tournaments

A Month In Review at IGGalaxy