We are excited to share that Rocket League will be added to IGGalaxy’s growing list of supported games!

Our first Rocket League tournaments in our public beta will begin early October, but before we announce dates and further details, let’s look at why Rocket League is a great addition for IGGalaxy! 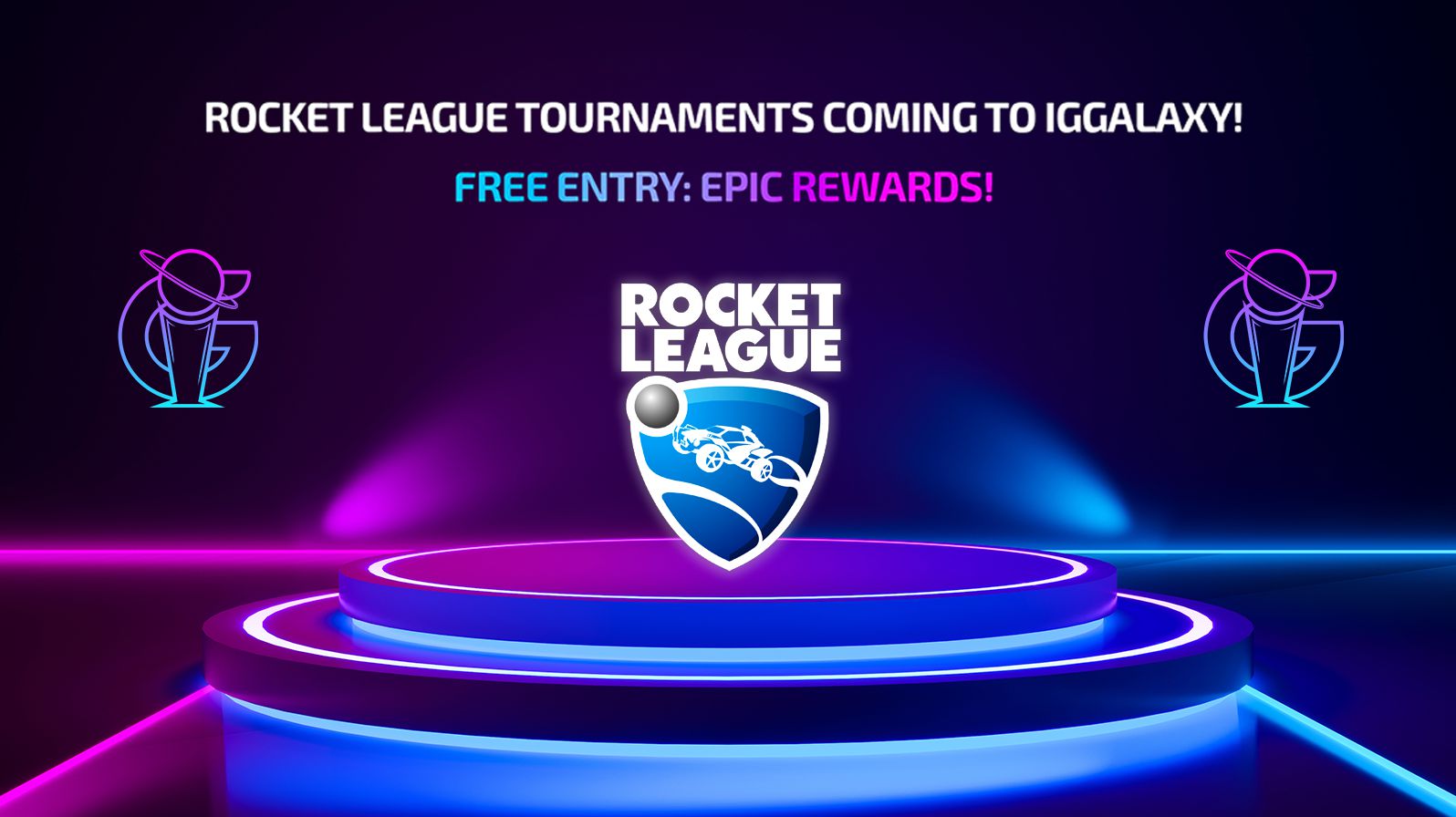 There are several reasons behind the decision to support Rocket League competitions in IGGalaxy, which we have outlined below:

Epic’s acquisition: Rocket League officially joined the Epic family in May 2019 when Epic Games purchased Psyonix for an undisclosed fee. This acquisition demonstrates the value not only Epic, but other notable brands are able to understand the esport’s longevity; a great investment from Epic!

The game is already an established esport, with player bases in excess of 40 million, and so, we are very much confident in very promising and successful integration to IGGalaxy.

Rocket League is cross-platform compatible on PC, PlayStation, Xbox and Nintendo Switch, meaning players on different devices can play with each other. This reduces the segmentation within the esport and widens the overall player base, and subsequently increases the longevity of an esport.

On 23 September, Rocket League transitioned to free-to-play, opening the game up to a huge new audience. Alongside this improved accessibility, this has also allowed Epic to monetise through extensive downloadable content (DLC), too.

From our conversations with a range of brands, opinions on best esports games to offer vary. Some will be happy to engage with CSGO (where the teams are named terrorists and counter-terrorists), while not entertaining Fortnite (a more age-friendly game), and so on.

Rocket League offers a great balance: it is highly competitive in its nature and great for players of all ages, and brands, to get involved in! Therefore, it's integration adds to our roster of esports games supported widens the scope of brands we can engage with.

Players have the ability to play in a range of formats, from single-player matches and Seasons against bots, to up to quads in online private matches against friends and others online.

We will launch our first Rocket League tournament in early October; we will notify you of the precise date via our social media channels.

We will first look to host our first Rocket League tournaments for players in Europe and North America, offering a combination of solo and team-based (up to four per squad) bracket-style tournaments.

Following on from these, we will listen to our community and deploy Rocket League tournaments in further regions proportionately to demand.

As with all games supported in IGGalaxy, we will be developing an exciting, but sustainable competitive ecosystem that caters to the needs of the community and nuances of the game.

Calling all Rocket League players: We want to hear from you!

As you know, IGGalaxy is currently in the public beta phase of development, working towards establishing the best competitive gaming platform in the galaxy! To do so, though, we need your help!

If there is a game mode or format that you want to see available in IGGalaxy, then let us know via social media and we’ll do our best to meet your competitive needs!