Yesterday, we released an article pertaining to Riot Games’ intention to establish a new competitive esports circuit around their auto-battler game, Teamfight Tactics. Following the huge success of League of Legends as an esport game, it is unsurprising that they are looking to broaden their horizons.

VALORANT, the team-based shooter that entered its closed beta on 7 April, has gone down a hit with gamers worldwide. At the same time, Riot have carefully planned the execution of the team-based shooter’s release. Having a beta roll-out that was unveiled by highly popular streamers on Twitch has created a lot of hype, on the one hand, but also allows for publishers to ensure that their servers can handle its users. In the days immediately following VALORANT’s closed-beta release, Riot have proved committed to ensure that players enjoy the game; they have already implemented anti-cheat software and have started to implement hardware bans for accounts that have been found guilty of hacking and cheating. While in-game hacking is rife in first-person shooter games, Riots commitment to the enjoyment of their players is evident. Hardware bans make it difficult for hackers that make multiple accounts to access VALORANT servers after they have been penalised.

With anti-cheat and hacking provisions in place, the next step for Riot is establishing provisions for competitive play. Joe Ziegler, one of the game’s developers, revealed plans to include a ranked mode in VALORANT, which will be available to players in the beta, although no date has been confirmed just yet.

Riot have confirmed a 'Rated' mode will be coming to the #VALORANT beta in a "couple of weeks."

As introduced, the popularity and success of League of Legends as an esport offers great potential for the prospect of VALORANT esports. Whilst Riot have not given any concrete information on an official VALROANT esports format, the publishers have confirmed that they will in fact partner with third-party organisers to support with competitive events.

For those that wish to host independent VALORANT tournaments, be it on a small or large scale, Riot Games have insisted that all tournament organisers must adhere to their specific guidelines.

One of these rules, which may seem superficial on the surface, but has far reaching implications to the success of VALORANT esports, pertains to blood. Players must toggle the “Show Blood” option on the in-game menu (turning it off) during broadcasted tournaments, no matter the size of the competition. Instead of blood, sparks explode from characters when they are shot.

These regulations also extend to broadcasters showing VALORANT events, too. In the guidelines, Riot also state that broadcasted tournaments must have moderators in place to safeguard against vulgar, abusive, or otherwise mean-spirited environments. Moreover, Riot have forbidden broadcasters to advertise alcohol, tobacco, firearm and gambling products.

This makes sense for Riot. Advertisers, sponsors, and major broadcasters will not wish to associate with content that is highly controversial and not suitable for all ages. If Riot are unable to attract larger non-endemic stakeholders, then the esport will not flourish — advertisers and broadcasters have their own content guidelines to follow, after all.

Developers of Counter-Strike: Global Offensive have faced issues with securing sponsors, despite being a very popular due to the nature of the game. The overall of objective of the game (counter-terrorists battle against terrorists to prevent bombs being planted and detonated) is not appealing to sponsors as it is controversial. This is why Riot have used terms like “attackers”, “defenders” and “spikes”. One would only have to look at Fortnite to see evidence of this; whilst the game may be deemed violent by some, its playful nature means, that for the most part, it can be enjoyed by gamers of all ages.

Any VALORANT tournament that offers prize pools less than $10,000 are regarded as “smaller tournaments” and will not need permission by Riot first. However, if organisers do wish to offer prize pools greater than $10,000 (or $12,000 in non-cash prizes), they must first seek permission from the publishers.

Organisers must also ensure that their VALORANT events do not use the words ‘championship’, ‘season’, or ‘league’ without direct approval from Riot Games themselves. Furthermore, they cannot use Riot’s logo and trademarks to endorse promotions, and so, must include a disclaimer stating, “This competition is not affiliated with or sponsored by Riot Games, Inc. or VALORANT Esports.”

For larger tournament and international tournament organisers, they must first partner with Riot Games to host any VALORANT events.

Esports is hot property at the moment, and considering its meteoric rise over the past decade, is set to boom even further. It is now more than just simply playing games. Sure, it offers gamers the opportunity to master their skillset and establish themselves on the professional circuit, but now, it is also proving highly lucrative because it is extremely popular amongst viewers.

The stage is set. We are going into the Grand Finals of the 100 Thieves Invitational: VALORANT.

Prominent esports organisation 100 Thieves, were the first organisers to host a VALORANT tournament this past Tuesday. Twitch streamers and current and former esport professionals were invited to participate in the 100 Thieves Invitational: VALORANT , a friendly tournament with no prize pool on the line. The tournament, which was eventually won by Team Shroud, drew viewership in excess of 425,000 viewers, which offers an encouraging insight into how VALORANT will size-up as an esport.

For us at Intergalactic Gaming, we see huge potential for VALORANT esports — especially within the IGGalaxy. With team-based capabilities on our competitive gaming platform in place, and having already successfully hosted multiple team-based competitions, the IGGalaxy is primed to provide the ultimate competitive — and rewarding — experience for gamers worldwide.

Yet, as with all development in the IGGalaxy, we must ensure that we execute the deployment of support for further features and titles strategically. Our overall aim is to provide a competitive infrastructure that is bespoke to the nuances of each game. Over the coming weeks and months, as we familiarise ourselves with the dynamics of competitive VALORANT, we will look to deploy competitive support for the game.

We look forward to sharing more with you on this in due course. 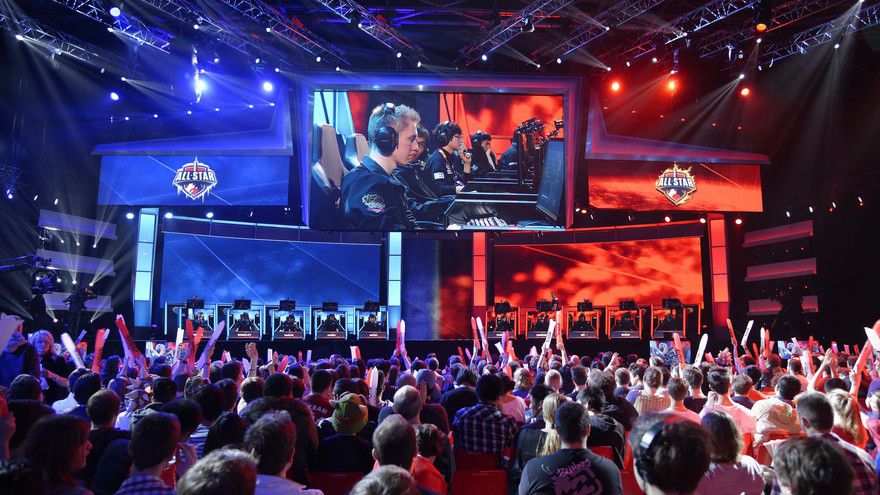 Esports viewership showing no signs of slowing down!

Gaming and esports continues to see spikes in audiences as traditional sports remains sidelined by the coronavirus pandemic. This is not to say that the esports industry is completely immune to the disruptions caused, as all esports live events have been cancelled; however, the online nature of esports means it can continue to thrive. What’s more, with a hiatus in global sports, we have seen many sporting entities use esports as a means of keeping their fans engaged. 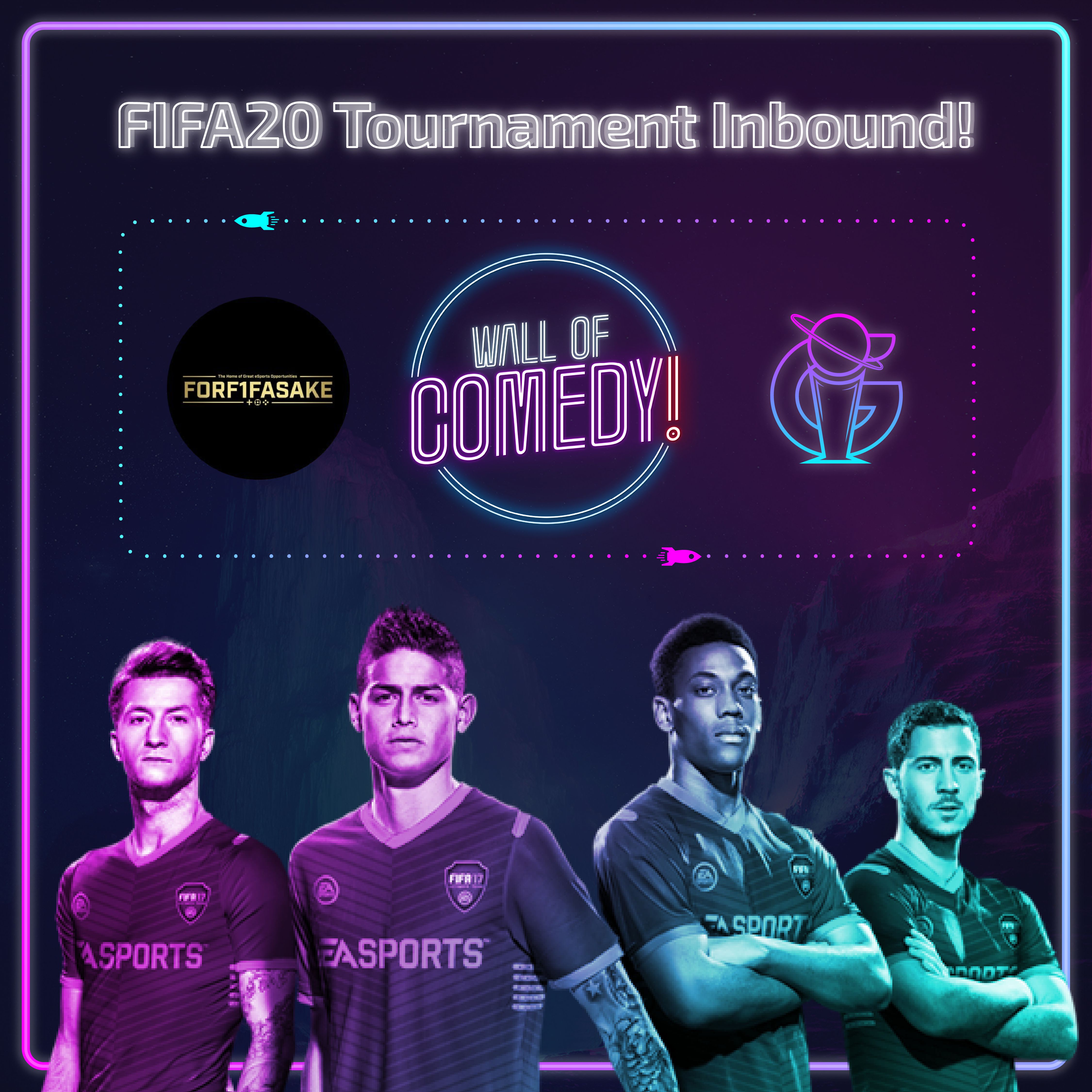 Following collaborative esports tournaments with our partners Mixtape Madness and For G4mer Sake, today, we look forward to announcing another! Wall of Comedy will host their first PS4 FIFA 20 tournament in IGGalaxy this week, which is now open to join! 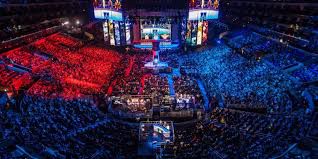 Esports: A beacon of hope for traditional sports during the Covid-19 pandemic?

With self-isolating measures in place, almost every industry in some way has been affected. The sports industry has taken a massive hit, as uncertainty when global sports will be able to get back to business.